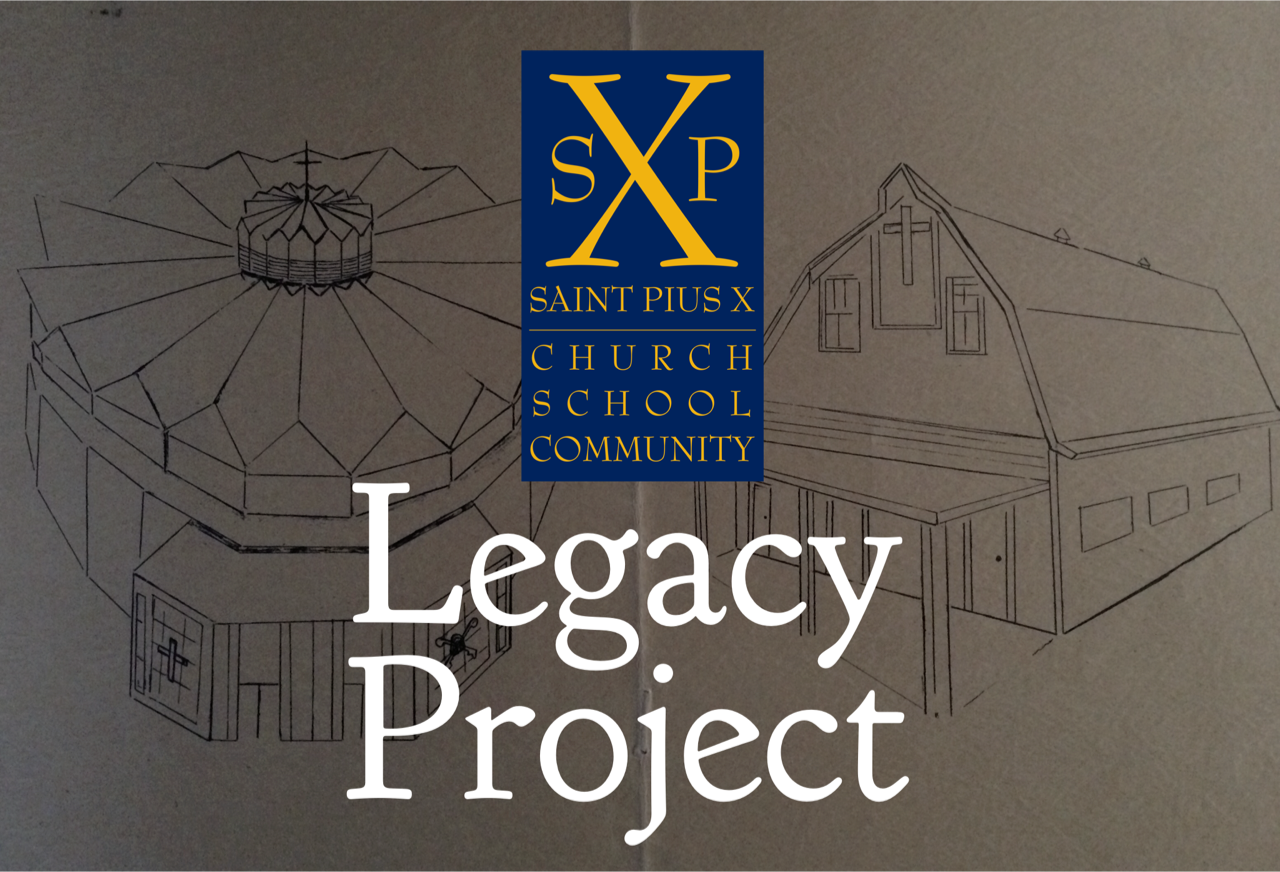 The St. Pius X Legacy Project seeks to document the history of our parish through the voices of those who built and sustain it. We ask for your help in connecting the dots of the past, putting names with faces in archive photographs, and encouraging other parishioners to get involved in the project.

A few copies of The Legacy Book are still available in the parish office for $15.

July 1954: Ten acres of Moeller Estate purchased by parishes of the Madelene and Saints Peter and Paul to build a new parish

1960’s: Monthly parent dances held in the barn and then in cafeteria; students could walk home for lunch; Choir originally seated behind the Altar; Annual May Crowning and Easter Egg hunts involved whole community